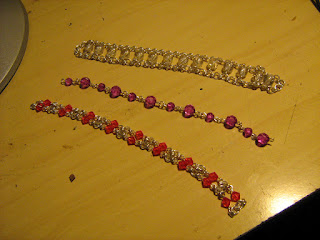 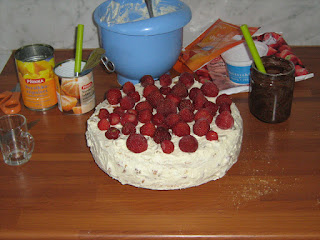 Well, I was kinda bored and decided to make a cake. Or two. Here's photo of one of 'em anyhow. Filled it with peaches and mandarins and chocolate, frosting is made from apricot curd and strawberries.

Yeah, little something different this time. :P
Posted by s0lar1x at 7:38 PM No comments:

Email ThisBlogThis!Share to TwitterShare to FacebookShare to Pinterest
Labels: cake 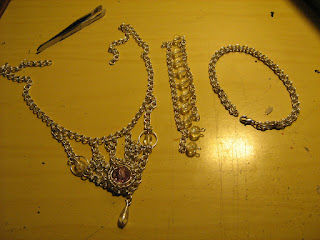 Attendend one day a class of silver jewelry making out of curiosity. Been kinda wee bit interested of it since then, so I've been attending it full-time... And even been making some at home when I have the time. This is the result so far, about three weeks worth of fiddling, I think. From left to right, a finished necklace, beginning of a new bracelet, and finally finished basic bracelet with a lock installed too.
Posted by s0lar1x at 2:59 PM No comments:

Here's some last photos of what I managed to paint during last year. I'm not sure if I still have more left somewhere or if I just forgot to take photos of the remaining vases I painted, but this will do I guess. If I remember right, I painted a total of 30 clay plates and 12 clay vases, styles differing between some normal decorations to Christmas and Easter ones. 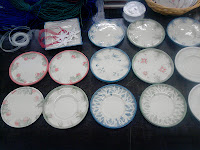 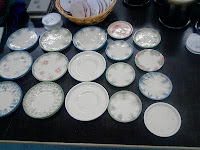 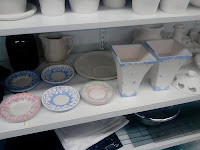 And here are clay sculptures I've managed to create thus far. The rose thingy was my very first one, and I'm not really sure if it will survive the first burning to harden the clay. Seemed to have dried pretty well so far, though. 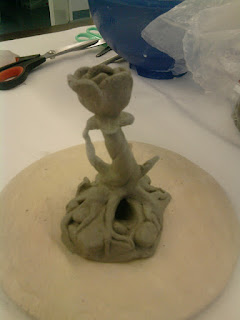 After the clay rose thingy, I was taught some basic techniques to sculpt things from clay. My first attempt using the techniques was a clay cup of sorts, which turned out tad bit misshapen. Still going to be good as penholder, I think. Had originally planned to create legs for it, but I waited too long and it dried too much to add anything more onto it by then. 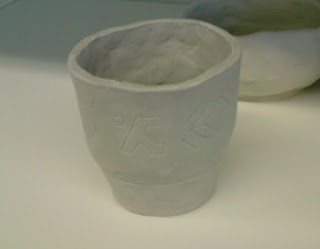 Next one I attempted was something larger; a clay vase... or pitcher? If I remember the translation right. Somewhat better, took tad longer but it was still interesting. 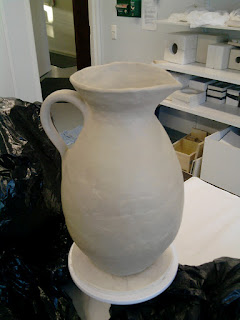 Also, while waiting for the vase to dry between layers, I created something... I guess it's a candle holder or something. Just went with something random idea and shaped up this. 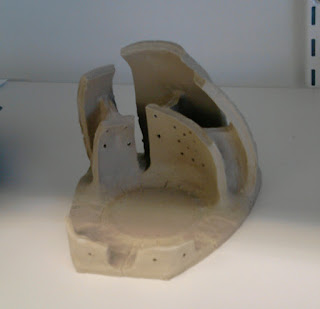 After finally finishing, I had still about fist-sized chunk of clay left. Rather than disposing it, I made this cute little guy... monster... whatever. 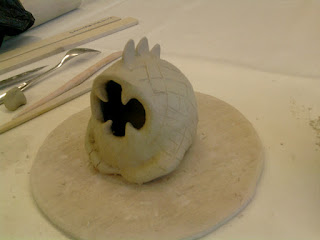 Too bad my clay sculpture lessons were finished for now though. Can't get to do more unless I buy some myself (though I'd still be missing an oven where to heat 'em up) or go and attend one of the classes local school got on.
Posted by s0lar1x at 2:53 PM No comments: